Young Doo Park studied at the Kyung Hee University in Seoul with Hun Lee and from 2009 with Heinz Reeh at the Hochschule für Musik Hanns Eisler in Berlin. In 2005, he won first prize at the Seoul Symphony’s singing contest and in 2006 he was awarded second prize at the KBS (Korean Broadcasting) singing contest. Whilst still studying, he performed at the Hochschule für Musik in Berlin in such roles as Inquisitore/Don Carlo, Don Fernando/Fidelio, Simone/Gianni Schicchi, and Leporello as well as Il Commendatore in Don Giovanni.

From 2010 until 2012, Young Doo Park was a member of the International Opera Studio at the Opera Cologne. In the following season he was member of the ensemble at Opera Cologne, where he took on roles including Il Commendatore/Don Giovanni, Titurel/Parsifal, 2nd Armoured Man/Die Zauberflöte, Jäger/Schneewittchen, Mago/Rinaldo, Antinoo in Il ritorno d’Ulisse in patria, Julian Pinelli/Die Gezeichneten, Melisso/Alcina, and Padre Guardiano/La forza del destino.

In the spring of 2013, Park was a finalist at the Francisco-Viñas singing competition in Barcelona and by the beginning of the season 2014/15, he changed to the ensemble at Staatstheater Wiesbaden, where his roles include i.a. Sarastro/Die Zauberflöte, Veit Pogner/Die Meistersinger von Nürnberg, Hermann/Tannhäuser, Hunding/Die Walküre, Fafner in Das Rheingold and Siegfried, Oroveso/Norma, Orest/Elektra, Gremin/Eugen Onegin, Lodovico/Otello, Cesare Angelotti/Tosca, Bonze/Madama Butterfly, Colline/La Bohème, and Samuel/Un ballo in maschera.

Engagements at the Hessisches Staatstheater Wiesbaden in the past seasons include i.a. Sarastro/Die Zauberflöte, Orest/Elektra and König Marke/Tristan und Isolde (staged by Uwe Eric Laufenberg). As a guest he sang at Staatstheater Kassel and Theater Bern.

"Basso Continuo": A challenging and versatile season in Wiesbaden

In the season 2019/20, Young Doo Park will take on a number of challenging roles at the Staatstheater Wiesbaden. “Within these hallowed halls”, he will start the season as Sarastro, followed by Cesare Angelotti in Tosca. Furthermore, he will sing Ferrando in the new production of Il trovatore under the baton of Alexander Joel (the premiere takes place on March 28), and Orest in Strauss’ Elektra.
The season’s highlight will be his role debut as König Marke in the new production of Tristan und Isolde, staged by Uwe Eric Laufenberg. Performance dates: 11th of June and 5th of July. 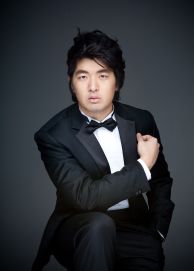 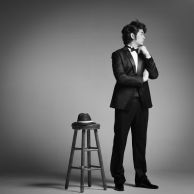