Ursula Hesse von den Steinen received her vocal training at Hochschule der Künste Berlin. She refined her skills in master classes with Brigitte Fassbaender and Aribert Reimann. During her studies, she received numerous prizes at national and international competitions.

From 1999 until 2002, she was a member of the ensemble at the Semperoper in Dresden, building her repertoire under conductors such as Antonio Pappano, Pinchas Steinberg, Semyon Bychkov, Giuseppe Sinopoli, Riccardo Chailly, and Michael Boder. From there her path rapidly led her to all the important European stages in Amsterdam, Munich, Berlin, Vienna, Brussels, Barcelona, Toulouse, Glyndebourne, and Paris, singing the fach-roles of the German and Italian repertoire.

With a sensational debut as Fricka/Rheingold in Karlsruhe, Ursula Hesse von den Steinen began her development in the Wagner-fach. Since then she sang Fricka in various Walküre productions, including in Riga (Stefan Herheim), Essen (Dietrich Hilsdorf) and Nuremberg. In Mannheim she could be seen as Venus in Tannhäuser, followed by Adriano/Rienzi in Riga. Most recently she debuted as Ortrud in Lohengrin in Bern.

Highlights of the past seasons were Herodias/Salome in Klagenfurt, Klytämnestra/Elektra at Theater Basel, Foreign Princess/Rusalka and Mother Goose/The Rake’s Progress at the Komische Oper Berlin Margret/Wozzeck at De Nationale Opera in Amsterdam, and Matilde/Lotario at the International Handel Festival Göttingen, and in the concert field Glanert’s Requiem for Hieronymus Bosch with the orchestra of Concertgebouw Amsterdam as well as with the Hamburger Symphoniker at the Elbphilharmonie, both under the baton of Markus Stenz.

CD recordings with lieder by Reimann, Rihm, Webern, and Widmann as well as the „Echo“ awarded recording Das lange Weihnachtsmahl by Hindemith under Marek Janowski and Glanert’s Requiem for Hieronymus Bosch under Markus Stenz document her career.

The 2021/22 season included appearances at the Komische Oper Berlin: as  Pelagea Grigoryevna Podtotschina /the Nose,  followed by the role of the Queen in  the premiere of Jaromír Weinberger’s Schwanda the Bagpiper, directed by Andreas Homoki and conducted by Ainārs Rubiķis. At the end of the season she will appear on the stage of the Bavarian State Opera in the revival of Rosenkavalier as Annina and at Munich Opera Festival in the  premiere of Penderecki's The Devils of  Loudun as the Ursuline sister Claire, both productions under the musical direction of Vladimir Jurowski.

She begins the 22/23 season with a performance in the Berliner Konzerthaus under the direction of Christoph Eschenbach. In Erfurt she then sings Klytämnestra in a new production of Elektra.

On January 22, 2023, Ursula Hesse von den Steinen will sing the role of Herodias in Richard Strauss' "Salome" for the first time at the Deutsche Oper Berlin, with, among others, Thomas Blondelle as Herodes and Jennifer Holloway as Salome under the musical direction of Axel Kober.
Additional performance date on January 27, 2023 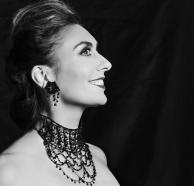 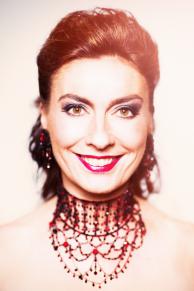 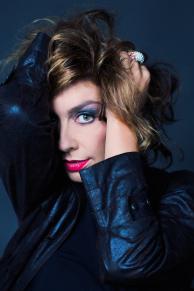 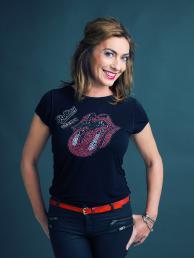