Sebastian Noack was born in Berlin and studied singing at the Academy of the Arts Berlin with Dietmar Hackel, Ingrid Figur, and Dietrich Fischer-Dieskau. He became known through various successful competitions including the German Federal Singing Competition Berlin, the Paula Lindberg Salomon competition “Das Lied“, and The Wigmore Hall/Kohn Foundation International Song Competition in London.

Aside from his concert engagements, he assumed numerous operatic roles, including in Gaetano Donizetti’s Viva la Mamma, Wolfram von Eschenbach in Richard Wagner’s Tannhäuser at the Halle Opera House under Karl-Heinz Steffens, and Kurwenal in Wagner’s Tristan und Isolde at Deutsches Nationaltheater Weimar, the Dutch Reisopera, and at Deutsche Oper Berlin under Donald Runnicles. In the summer of 2013, Noack guested with Ravel’s Lʼenfant et les sortileges in Japan, and in April 2015, he debuted at the Theatro Municipal in Rio de Janeiro as Don Pizarro in Beethoven’s Fidelio.

Sebastian Noack has done various CD recordings, including the St. John Passion, Leipzig Christmas Cantatas, and the opera “Siroe“ by George Frederick Handel under the baton of Philippe Herreweghe, as well as numerous radio broadcasts.

As of season 2016/17, Sebastian Noack is a member of the ensemble at Staatstheater Kassel where he since then performed roles such as Count Almaviva in the opening production Le nozze di Figaro, Miller in Verdi’s Luisa Miller, Peter/Hansel and Gretel, and Ping in Turandot.

In season 2017/18 he will be back on stage in Kassel as Peter/Hansel and Gretel as well as in the roles of Herr Fluth in Otto Nicolai’s opera Die lustigen Weiber von Windsor and Sprecher as well as 2nd Armoured Man in Die Zauberflöte.

Sebastian Noack is a visiting professor of voice at the Academy of Music Hanns Eisler Berlin. 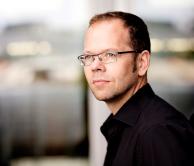 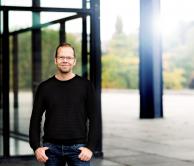