The Faroese Bass Rúni Brattaberg first graduated as a documentary photographer in Copenhagen, before he trained to become a singer. He studied at the Sibelius Akademia in Helsinki from 1997-99 and at the International Operastudio in Zürich from 1999-2000.

After his first engagements in Mainz, Ulm, Detmold and Bern, he was engaged from 2009-2011 at Nationaltheater Mannheim, where he sang: Gurnemanz, Hagen, Hunding, Fafner, Veit Pogner, König Heinrich, Basilio, Timur, Sparafucile,  Sarastro, Baron Ochs, and Osmin.

He sang as a guest at Opéra national de Paris, Hamburgische Staatsoper, Nederlandse Reisopera Amsterdam, La Monnaie in Brussels, State Theater of Stara Zagora (Bulgaria), Aalto-Theater Essen as well as at the opera houses of Lausanne, Karlsruhe and Ústi nad Labem (Czech Republic). In the season 2013/14 he made his debut at Metropolitan Opera NY (Baron Ochs/Der Rosenkavalier), at the Cincinnati Opera and at the Lyric Opera of Chicago.

In the 2022/23 season he will take on the roles of Fafner/Siegfried and Hagen/Götterdämmerung at the Dresden Philharmonic.

This fall at the Dresden Philharmonic, three of our artists can be heard at the Ring of the Dresden Philharmonic under Marek Janowski. Vincent Wolfsteiner (tenor), Marina Prudenskaya (mezzo) and Rúni Brattaberg (bass) will all take on roles in Wagner's opus magnum, Der Ring der Nibelungen. Wolfsteiner can be seen in the title role of Siegfried, Götterdämmerung and Siegmund, Prudenskaya as Fricka and Waltraute, and Brattaberg as Fafner and Hagen. 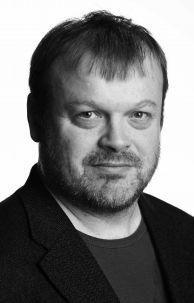 
"Brattaberg's Hunding had dark, glowering tone[...], he made a brilliant Fafner[...] and a powerful Hagen"