Equally at home in both traditional and contemporary opera, Robyn made her professional debuts in 2015 for the Royal Opera House, Covent Garden singing Barbarina in David McVicar’s production of Mozart’s Le Nozze di Figaro, and Peg in the world premiere of The Virtues of Things by Matt Rogers. Following her early training in historical performance practice with conductor Sir John Eliot Gardiner, Robyn took part in Monteverdi’s Orfeo production for the Bayerische Staatsoper in 2015 with conductor Ivor Bolton and director David Bösch. In 2016, Robyn was awarded a prize by the Cesti Vocal Competition to sing the role of Clelia in Octavia by Reinhard Keiser for the Innsbrucker Festwochen der Alten Musik.

A keen interpreter of Mozart, Robyn performed the roles of Susanna, Zerlina, Pamina and the Königin der Nacht while a music student at the University of Oxford and the Royal College of Music, London. In 2017, Robyn performed extracts from Mozart’s operas in Peter Schaffer’s play Amadeus for the National Theatre, London.
Following a change from soubrette to lyric-coloratura roles in 2018, Robyn sang the role of Konstanze in Mozart’s Die Entführung aus dem Serail in two productions in German theatres: Musik und Theater Saar, and Theater Gerhart Hauptmann in Görlitz. Performances as Donna Anna in Mozart’s Don Giovanni scheduled for 2020 in Görlitz were sadly cancelled due to the Covid-19 pandemic.

Robyn received great critical acclaim for her performances as Zerbinetta in Ariadne auf Naxos by Richard Strauss for Longborough Festival Opera in 2018. An exploration into romantic repertoire continued with Helmwige in Wagner’s Die Walküre at Teatro di San Carlo, Naples, with conductor Juraj Valcuha in 2019. In 2020, as her first role under a new full-time contract with the Theater für Niedersachsen, Robyn performed Amelia in Mercadante’s belcanto opera I Briganti to critical acclaim. This was followed by a highly-praised Violetta in La Traviata by Verdi. In the Season 2021-22 at the Theater für Niedersachsen Robyn plays the title role in Giovanni Pacini’s Medea and Michaela in Bizet’s Carmen. A return to Longborough Festival Opera as Adina in Donizetti’s L’Elisir d’amore has been postponed due to the Covid-19 pandemic.

Cultivating a love for contemporary opera, Robyn created the role of Agnes in Nothing by David Bruce for Glyndebourne Festival Opera. In 2018, Robyn returned to the Royal Opera House, Covent Garden to sing the title role in Coraline by Mark-Anthony Turnage, a part she would reprise in Swedish for the Folkoperan, Stockholm in February 2020. For this latter performance, Robyn was awarded the ‘Friends of Folkoperan 2021 Soloist Award’. In 2019, Robyn  took over the part of Jen in Philip Venables’ acclaimed 4.48 Psychosis at the Opèra National du Rhin. She plays Jen once more in December 2021 at the Philharmonie de Paris with Ensemble Intercontemporain. Further contemporary operas in 2020 included a vocal ensemble role in Heart Chamber by Chaya Czernowin for Deutsche Oper Berlin and the part of Victoria in Jules Maxwell’s The Lost Thing for the Linbury Theatre at the Royal Opera House, Covent Garden.

With the season 22/23 she has started to be an ensemble member at the Theater Münster, where she will make her debut as Thamar in Leben des Orest (Ernst Krenek), Gilda in Rigoletto, as well as
5. Magd and Schleppträgerin /Elektra, she will sing Rita in Great Open Eyes (World Premiere - Manuel Zwerger and Carmen C. Kruse).

As a concert artist Robyn has performed with ensembles including the Leipzig Gewandhaus, Gustav Mahler Chamber Orchestra, London Philharmonic, Royal Philharmonic, Orchestra of the Age of
Enlightenment, English Baroque Soloists, Scottish Chamber Orchestra, Luxembourg Philharmonie and the Royal Oman Symphony Orchestra. Recently she has been heard with the Streicherakademie Bozen and the Collegium Musicum Bruneck in concerts in Italy with Joseph Haydns' Ave Regina Coelorum and the Schöpfungsmesse.


Robyn has recorded the title role in Charpentier’s Caecilia Virgo et Martyr for Novum, songs by Stephen Dodgson for Toccata Classics and the roles of Alice and Lucy in Stephen Dodgson’s Margaret
Catchpole for Naxos. In 2022, Robyn will release her debut solo album, featuring songs from the Viennese Secession with
pianist Simon Lepper for Stone Records.

Robyn Allegra Parton will be a member of the TfN Hildesheim ensemble starting from the 2020/21 season and can look forward to numerous exciting projects. Right at the beginning of the season she will sing the main role of Amelia in Saverio Mercadante's I Briganti, followed by Violetta Valery / La Traviata, Adele / Die Fledermaus and the princess Badr-al Budùr in Nino Rotas' Aladin and the magic lamp up to playing the Cousin in Ludger Vollmers' Gegen die Wand. 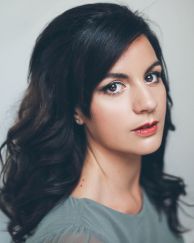 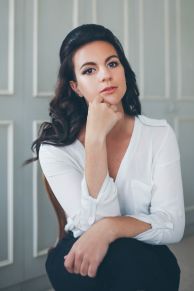 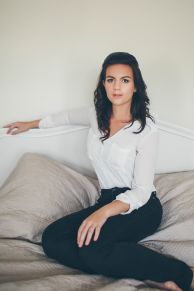 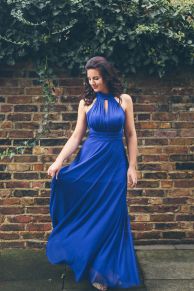 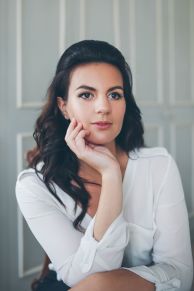