Roberto Rizzi Brignoli graduated with honors in Piano at the G. Verdi Conservatory in Milan, where he also studied composition and conducting. Until 2002, he was Head of Music Services at the Teatro alla Scala and started collaborating with Riccardo Muti, whose appreciation of him resulted in Rizzi Brignoli conducting numerous productions there like Otello, La Traviata, Rigoletto, I due Foscari, L’Elisir d’Amore, Adriana Lecouvreur, and La Fille du Régiment.
The turning point of his career and the event which made him internationally renowned was the hugely successful production of Donizetti’s Lucrezia Borgia at Teatro alla Scala in Milan in the season 1997-1998.

Rizzi Brignoli has been cultivating a close connection to Deutsche Oper Berlin for many years, where he led, amongst others, Don Carlo, Turandot, Nabucco, Andrea Chénier, as well as the new productions Il trovatore, L’elisir d’amore, and Rolando Villazón’s highly acclaimed staging of La Rondine.

Since January 2020, Roberto Rizzi Brignoli is the new Generalmusikdirektor (GMD) of Teatro Municipal de Santiago de Chile and the Santiago Philharmonic Orchestra. In the coming season his projects there include the productions Carmen and Rigoletto as well as several concerts.

In the current season, among other things, he will return to Marseille to take on the musical direction of the productions Giovanna d’Arco and Elisabeth, reine d’Angleterre (Rossini), and will conduct the new production of Verdi’s Luisa Miller at Opera Cologne.

Roberto Rizzi Brignoli has recorded for Sony and Warner Classics. Furthermore, the productions of Adriana Lecouvreur performed at Teatro alla Scala, as well as La Rondine at Deutsche Oper Berlin are available on DVD.

The new GMD at Nationaltheater Mannheim

With great joy we announce that as of season 2023/24, the internationally renowned Maestro Roberto Rizzi Brignoli will be the new General Music Director at Nationaltheater Mannheim!

His successful new productions "Il Trovatore" and "Der Freischütz" in the past seasons in Mannheim as well as concerts with the Musikalische Akademie des Nationaltheaterorchesters whet the appetite for future projects in Mannheim.

Rizzi Brignoli signs a three-year contract with the NTM. In addition, he will keep his position as GMD at Teatro Municipal de Santiago de Chile.

After Puccini's "Trittico" in Essen and Verdi's "Rigoletto" in Hamburg, Roberto Rizzi Brignoli takes the exciting next step into new repertoire:
he will conduct, for the first time, Carl Maria von Weber's "Der Freischütz" at Nationaltheater Mannheim.

The new staging by the artistic group "Kommando Himmelfahrt" celebrates its premiere on April 8, 2022 with further performances on: April 10/17, May 08/15 and June 06.

The audience of the Aalto-Theater gets to enjoy not just one, but three operas when the premiere of Puccini’s famous one-acters („Il trittico“) takes place in Essen on January 22nd, 2022!
On the conductor’s stand they can look forward to Puccini expert, Roberto Rizzi Brignoli. In the new staging by Roland Schwab also Bettina Ranch (role debuts as Zia Principessa, La Frugola) and Christoph Seidl (debut as Simone) can be seen and heard. 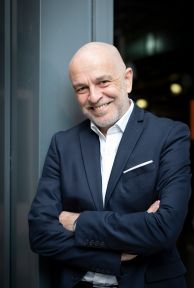 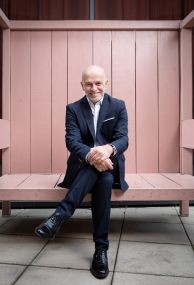 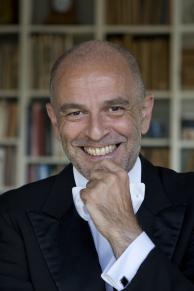 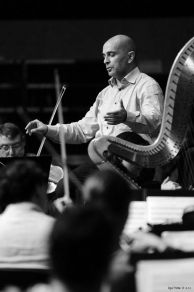