Peter Sonn was born in Salzburg and completed his singing studies at the Mozarteum University of Music and Performing Arts in his hometown with distinction. While still a student he made his debut at the Salzburg Festival and the Festspielhaus Baden-Baden.

As part of his permanent engagements at the Landestheater Coburg, the Tiroler Landestheater Innsbruck and the Staatstheater am Gärtnerplatz in Munich, he worked on numerous central specialist roles: Belmonte/The Abduction from the Seraglio, Don Ottavio/Don Giovanni, Ferrando/Così fan tutte, Tamino/The Magic Flute , Lorenzo/Fra Diavolo, Marquis of Chateauneuf/Tsar and Carpenter, Helmsman/The Flying Dutchman, Lenski/Eugene Onegin, Nemorino/L'elisir d'amore, Alfredo/La traviata, Arnim/Simplicius and Camille/The Merry Widow. In Coburg he was awarded the scholarship of the Richard Wagner Association. First guest engagements took him to Turin and Catania. Peter Sonn made guest appearances at the Salzburg Festival in 2006 (The Duty of the First Commandment - released on DVD by 'DG'), 2008 (The Magic Flute) and in 2011 as a youth (The Woman Without a Shadow - DVD production of 'Opus Arte').

From 2009 to 2012, Peter Sonn was a member of the Zurich Opera Ensemble, where he expanded his repertoire to include the roles of Henry Morosus/The Silent Woman, David/Die Meistersinger von Nürnberg, Vladimir Igorjevitsch/Prince Igor, Italian Singer/Der Rosenkavalier and Narraboth/Salome advanced.

Mozart's Tamino accompanies him in his career; Peter Sonn made his debut with this role in 2010 at the Frankfurt Opera, in 2011 at the Hamburg State Opera and in 2012 at the Komische Oper Berlin (premier of the new production directed by Barry Kosky). He made his debut at La Scala in Milan in 2012 as a young man/the woman without a shadow. In 2011 he made his debut as David with the Rundfunk-Sinfonieorchester Berlin, followed by his first Walther von der Vogelweide/Tannhäuser in 2012 - both with a CD recording for 'PentaTone'. From 2012 to 2013, he had engagements in Hamburg, Berlin and Chicago before appearing as David at the 2013 Salzburg Festival. In 2014 he made his debut at the Berlin State Opera as Walther von der Vogelweide in a new production by Tannhäuser. In 2015 she made her debut at the Bavarian State Opera and at the Theater an der Wien. Peter Sonn also sings the major roles in his field at the Dresden Semperoper and the Amsterdam Concertgebouw.

He has appeared on DVD as David at the Salzburg Festival and Walther von der Vogelweide at the Berlin State Opera.

Upcoming engagements for the 22/23 season include the title role in Samson and Bacchus/ Ariadne auf Naxos at the Deutsches Nationaltheater Weimar, as well as Max/ Freischütz at the Leipzig Opera.

Born, raised and trained at the Mozarteum in Salzburg, Peter Sonn started an outstanding career in the lyric tenor repertoire which led him from Zurich, Hamburg, Milan, Vienna and Berlin to many other musical capitals all over the world. Meanwhile he has expanded his repertoire from Rodolfo, Max or Don José to Lohengrin and we are pleased to be an active part in this new adventure! 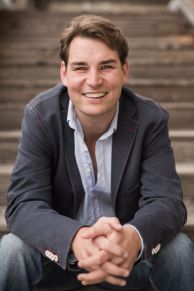