Moritz Kallenberg received his vocal training at the Musikhochschule Freiburg with Reginaldo Pinheiro, as well as at the Conservatorio L. Cherubini in Florence.

Master classes with Brigitte Fassbaender, Margaret Honig and Ulrike Haerter round off his musical education.
As a multiple award winner, e.g. at the Federal Singing Competition 2016, the Carl-Seemann Prize and as a scholarship holder of the Helene Rosenberg Foundation, he was already a soloist at the Easter Festival of the Berlin Philharmonic in Baden-Baden in Strauss' Der Rosenkavalier under Sir Simon Rattle and gave his performance Role debut as Don Ottavio in Mozart's Don Giovanni at the Franz Liszt Academy Budapest. This was followed by debuts at the Stadttheater Freiburg and at the Staatsoperetta Dresden.

After two years at the International Opera Studio of the Stuttgart State Opera, Moritz Kallenberg has been a permanent member of the ensemble in Stuttgart since the 2019/20 season, where he quickly attracted attention with important roles such as Count Hohenzollern (The Prince of Homburg/Hans Werner Henze).

In addition, he sang Belfiore in Mozart's "La Finta Giardiniera" as part of a European tour with Les arts florissants under the direction of William Christie at the Theater an der Wien, Opéra Royal du Château de Versailles and the Théâtre Graslin in Nantes. Another debut was at the Opéra National du Rhin, Strasbourg as the Knight of the Grail in Richard Wagner's Parsifal.

As a sought-after concert and oratorio singer, Moritz Kallenberg can be seen regularly at home and abroad. In addition to the classical works in his field, his repertoire ranges from early baroque to modern.

He has already appeared as an evangelist in Bach's St. Matthew Passion under the baton of Ruben Jais in Milan with the Orchestra Sinfonica e Coro Sinfonico di Milano Giuseppe Verdi and repeatedly with Beethoven's 9th Symphony under the baton of Krzysztof Urbański and Tomáš Netopil at the Teatro Petruzzelli di Bari with Mendelssohn's song of praise. He sang Mozart's Requiem in the Konzerthaus Berlin and in Berlioz's L'enfance du Christ under the baton of Francois Xavier-Roth and the Gürzenich Orchestra in Cologne Cathedral.

In the past season 21/22 Moritz Kallenberg guested again at the Opéra National du Rhin in Strasbourg in the French premiere of H.Abraham's The Snow Queen and at the 44th International Handel Festival in Karlsruhe, where he appeared in a new production under the musical direction of Lars Ulrik Mortensen and directed by Floris Visser as Hyllus in Hercules. With Les arts florissants under William Christie he was heard with concerts in the Philharmonie Paris and in the Gewandhaus Leipzig at the Bach Festival with cantatas and the Magnificat.

He also made his debut at his parent company in Stuttgart with important roles such as the haute-contre tenor role of Thespis and the Mercure in J.P. Rameau's Platée in Calixto Bieito's legendary production conducted by Stefano Montanari, followed by his Oronte in Handel's Alcina, conducted by Christopher Molds and the directing duo Jossi Wieler/Sergio Morabito. He is also the happy man in the new Stuttgart RING, directed by Cornelius Meister and directed by Stephan Kimmig. At the end of the season he was also heard as the title hero in a new production of Monteverdi's Orfeo under Killian Farrell and directed by Marco Štorman in Stuttgart.

In this season, in addition to many international concert tours such as Haydn's seasons with Les arts florissants under William Christie and concerts with Beethoven 9 in Milan and Lucerne, he will again be heard with the Orchestra La Verdi and under the baton of Thomas Guggeis. On the opera stage he sings the revival of Platée /Thespis and Mercure and Froh/ Rheingold in Stuttgart, Hyllus/ Hercules in Karlsruhe, Belfiore/ Finta Giardiniera in Essen, and in the Stuttgart premieres he is the Evangelist in the scenic St. John Passion under Diego Fasolis and singing in Olivier Messian's Saint Francois D'Assise under Titus Engel. He will also make his house debut at the Semperoper Dresden in the revival of Platée, conducted by Paul Agnew and directed by Rolando Villazón.

Following the successful Hercules premiere at the International Handel Festival Karlsruhe under the baton of Lars Ulrik Mortensen and staged by Floris Visser, Moritz Kallenberg b-rocks on into the summer.
In J.P. Rameau's PLATÉE he could be seen and heard in the dreaded haute-contre tenor role of Thespis as well as Mercure in Calixto Bieito's legendary staging in Stuttgart, conducted by Stefano Montanari, followed by his equally spectacular Oronte in Handel's ALCINA under Christopher Moulds and staged by the directing duo Jossi Wieler/ Sergio Morabito.
Subsequently, he could be heard in concerts under William Christie and les arts florissants at Philharmonie Paris and the Gewandhaus Leipzig during the Bachfest, singing cantatas and Magnificat.

To complete this nice season, Moritz Kallenberg will sing the title role in Claudio Monteverdi's ORFEO on July 22nd, 2022, which this time will not take place at Staatsoper Stuttgart, but instead in the Halle of Stuttgart's Im Wizemann with its industrial charm. Killian Farrell will conduct, Marco Štorman is stage directing.
Additional dates: July 24th and 26th, 2022 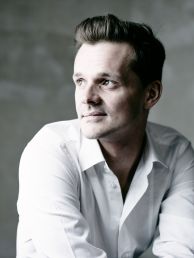 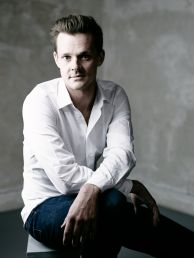 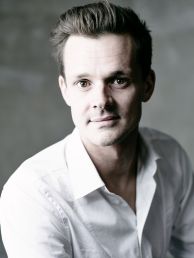