Mika Kares has established himself as one of today’s internationally most sought-after basses. His vast repertoire covers all the great Italian and German composers such as Verdi, Wagner and Mozart, in addition to the most important roles of the slavic and Finnish tradition.

In addition, Mika Kares is very sought after as a concert singer, his broad repertoire including key works such as Mozart’s Requiem, Rossini’s Stabat Mater, Beethoven’s Symphony No 9 and Missa Solemnis, Verdi’s Messa da Requiem, Mahler’s Symphony No 8, as well as the Symphonies No 13 and 14 by Shostakovich.

Recent concert highlights include concerts with Tchaikovsky’s Iolanta/King René with Kirill Petrenko and the Berliner Philharmoniker and Adriana Lecouvreur/Prince de Bouillon with Anna Netrebko and Marco Armiliato at the Salzburg Festival, Beethoven’s Symphony No. 9 with the hr-Sinfonieorchester as well as at the BBC Proms under the baton of Sakari Oramo, Mozart’s Requiem with the Chicago Symphony Orchestra (Riccardo Muti) and the Vienna Philharmonic, Shostakovich’s Symphony no 14 under Klaus Mäkelä with the Oslo Philharmonic, Mahler’s Symphony No 8 with the Finnish Radio Symphony Orchestra and Hannu Lintu, as well as a concertante performance of Bluebeard’s Castle with the Helsinki Philharmonic Orchestra and Susanna Mälkki, which was released on CD (BIS Records) and nominated for the 2022 Grammy Award.

In season 2022/23 Mika Kares will take on the title role in Bluebeard’s Castle at the Salzburg Festival as well as three roles (Fasolt, Hunding, Hagen) in the new Ring at Staatsoper Unter den Linden Berlin, conducted by Daniel Barenboim and staged by Dmitri Tcherniakov.
In addition, he will return to the Royal Opera House Covent Garden as Landgraf Hermann in Tannhäuser and to the Bavarian State Opera as Heinrich der Vogler in a new Lohengrin production.


"firmly in the tradition of the great Finnish basses"


"sang Sarastro with his deep, warm bass; high high notes round and well. He exuded a calm, a natural authority that fit the character very well."


"Kares, in his debut at the Lyric, comes through with a terrific bass as The Commendatore"


"making his Lyric debut as [...] the Commendatore, conveys an aristocratic presence (and ample terror as the singing statue)"


"sang with idiomatic point and drama as needed"


"his deep, earthy bass well suited to the all-power king"


"created a convincing and multifaceted character, both vocally and dramatically"


"a privilege to hear his performance"

In the spotlight in Salzburg

At this year's Salzburger Festspiele, Mika will be on stage in the title role of Bartók's masterpiece BLUEBEARD'S CASTLE - a role for which Mika's recording with the Helsinki Philharmonic Orchestra (BIS) was also nominated for the 2022 Grammy.
The artistic team consists of Teodor Currentzis and Romeo Castellucci, who also led the acclaimed "Don Giovanni" with Mika in Salzburg in 2021. The role of Judith will be sung by Ausrine Stundyte.

Nominated for the 2022 Grammy!

The recording of Bartók’s ‘Bluebeard’s Castle’ with Mika Kares, Szilvia Vörös and the Helsinki Philharmonic Orchestra under Susanna Mälkki was nominated for a Grammy!
The CD, which was released on BIS in 2021 with Mika in the title role, was nominated in the category ‘Best Opera Recording’. We are crossing our fingers for Mika on April 4th! 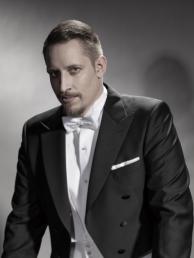 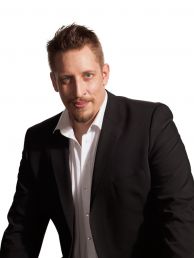 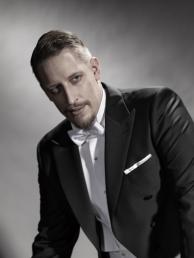 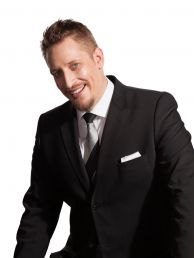 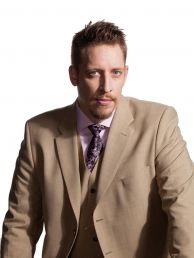 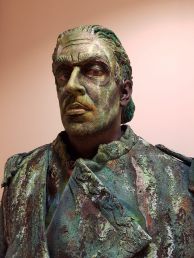 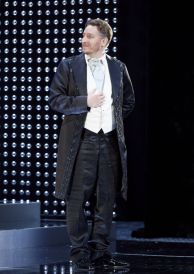 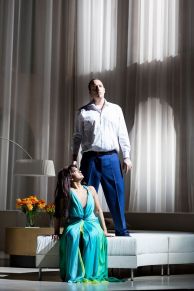 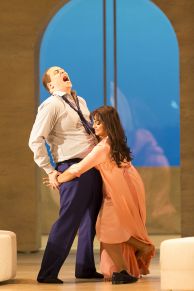 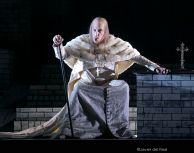 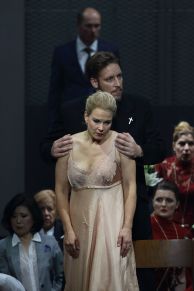 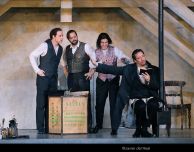 Mahler Symphony No 8 under Hannu Lintu in Helsinki  Audio