Finnish bass, Matti Salminen, studied first at the Sibelius Academy in Helsinki and later in both Rome (with famed pedagogue Luigi Ricci) and Düsseldorf. After joining the Finnish National Opera as a chorus member, he advanced to small roles, making his formal debut in 1966. Three years later, he first caught public eye as a lucky understudy in the role of King Phillip II in Verdi’s Don Carlos in Helsinki.

Matti Salminen has now performed at the world's most important opera houses, including the Metropolitan Opera in New York and the Bayreuth Festival. Towering in physical stature, he offers a voice to match, which has made him one of the leading singers of Wagner's bass roles from the beginning of his outstanding career.
He performed as Fafner and Hagen in the PBS video broadcast Ring Cycle from the Metropolitan Opera, for the largest viewing-audience of the Ring in history. He sang in the premiere of Sallinen's King Lear in 2000 (title role), Einojuhani Rautavaara's Rasputin, composed especially for him and premiered in 2003, and Jukka Linkola's Robin Hood in 2011 (Sheriff).

Ensemble member of the Cologne Opera from 1972-1980, he has been engaged at the Zurich Opera since 1984. He has performed every summer at the Savonlinna Opera Festival for over thirty years until the late nineties. He first appeared at the Bayreuth Festival in 1976 with Titurel/Parsifal, Hunding/Die Walküre, Fasolt/Das Rheingold and continued until 1989 adding Fafner/Das Rheingold and Siegfried, Daland/Der Fliegender Holländer, King Mark/Tristan und Isolde, Heinrich/Lohengrin, Pogner/Die Meistersinger von Nürnberg, Landgraf/Tannhäuser, and Hagen/Götterdämmerung to his roles there.

Other important roles he has interpreted are King Philip II and the Grand Inquisitor in Don Carlos, Seneca in L'Incoronazione di Poppea, Sarastro in Die Zauberflöte, Commendatore in Don Giovanni, and the title roles of Boris Godunov and Khovanshchina.
His recent collaborations include Parsifal in Cologne, Das Rheingold at Staatsoper Berlin, Der fliegende Holländer at the Bavarian State Opera in Munich, and in the fall of 2016 Beethoven’s Fidelio, once again at Staatsoper Berlin.

An impressive number of audio and video (TV) recordings document Salminen’s extraordinary career, including at least three different performances as Hagen available on DVD, as well as two recordings as Commendatore and two as Daland. 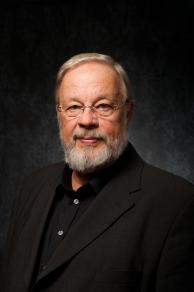 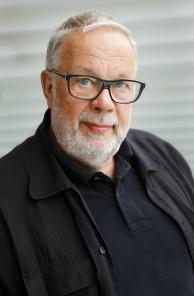