Markus Huber was born in in Munich, Germany. He began his professional career as a boy soprano soloist with the Tölzer Knabenchor (1975-1982). Hghlights of this early career development time were performances with Herbert von Karajan, James Levine, Wolfgang Sawallisch, Nicolaus Harnoncourt and Dennis Russel Davies.
He studied at the Musikhochschule in Munich and Vienna with Leopold Hager (conducting), Karl-Hermann Mrongovius (piano), and others. During his studies, he was répétiteur for August Everding’s stage direction class and taught other students the art of piano accompaniment for soloists.

Since the season 2019/20, he is the new Chief Conductor of the Thüringen Philharmonie Gotha-Eisenach. Guest engagements lead him, among others, to the Nordwestdeutsche Philharmonie, and the Jenaer Philharmonie.

Markus Huber devotes a significant part of his time to the work of Richard Wagner. In 2013 he made his debut with Tristan und Isolde in New Orleans, followed by the Ring cycle excerpts with the Staatsphilharmonie Rheinland-Pfalz in 2014 and Lohengrin in Pforzheim in 2015. In 2013 a CD was also released with the Badische Philharmonie with works by Mozart and Reger. The CD received a very positive response in professional circles.

On January 16 and 17, three of our artists will be together on a concert stage for the first time: Markus Huber, Marcel Reijans  and Silvia Hauer will perform Mahler’s “Das Lied von der Erde” on the occasion of two symphony concerts with the Thüringen Philharmonie Gotha-Eisenach:
January 16, 8 p.m., Kulturhaus Gotha
January 17, 7:30 p.m., Landestheater Eisenach

Energetic start in his new position

With the 2019/20 season, Markus Huber is the new GMD of the Thüringen Philharmonie Gotha-Eisenach. In an interview with the artistic director, Michaela Barchevitch, Markus Huber talks about his future plans with: www.youtube.com/... 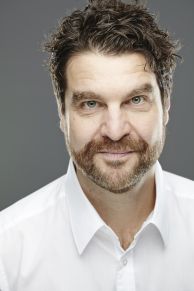