For baritone Konstantin Ingenpass, born in Osnabrück, music has been the focus of his life since early childhood. Beginning in primary school, he took piano and guitar lessons and sang in various choirs and ensembles throughout his youth and has been musically active across genres ever since.

During his grammar school education, he began his professional singing training as a junior student with Prof. Gerhild Romberger at the Detmold University of Music where, after finishing his bachelor's degree, he went on to complete a master's degree in Art Song Interpretation studying under Prof. Manuel Lange and a Master's degree in Opera Singing with Prof. Friedemann Röhlig at the University of Music in Karlsruhe. He received further important artistic impulses from Mitsuko Shirai, Thomas Quasthoff, Teru Yoshihara and Brigitte Fassbaender, among others.

His personal preference for lyricism as well as the artistic freedom and independence found in the interpretation of art song led to an intensive engagement with this genre during and after his studies. In October 2020, his work was rewarded when he received first prize at the Hugo-Wolf-Akademie’s International Competition for the Art of the Lied.

Meanwhile He has given performances of his extensive art song repertoire at festivals such as the Schleswig Holstein Music Festival, the Heidelberger Frühling, the Schubert Festival Dortmund, theKoblenz International Music Festival or the Gargan Music Festival in Kanazawa, Japan, with various internationally successful song accompanists such as Ulrich Eisenlohr or Hartmut Höll. Emotional honesty and authenticity, vocal versatility and a highly professional handling of the text characterize his work, according to his mentors Gerhild Romberger, Manuel Lange, Brigitte Fassbaender and Hartmut Höll.

Extensive experience in the field of "early music" in concerts with the Amsterdam Baroque Choir and Orchestra under Ton Koopmann or the Freiburger Baroque Orchestra under Rene Jacobs also make him a sought-after oratorio and concert singer. This year he will sing the bass part in Bach's Mass in B minor at the Hamburg State Opera in a production with the Hamburg Ballet-John Neumeier, and next year he is looking forward to singing the arias in Bach's St. John Passion with the Beethoven Orchestra Bonn under Attillio Cremonesi.

Opera engagements took him to the Staatstheater Detmold and the Stadttheater Bielefeld while he was still a student. In spring 2018 he made his debut at the Badisches Staatstheater in Charles Gounod's Romeo et Juliete, and in later seasons he sung the role of Killian in Carl Maria von Weber's Freischütz.

Konstantin Ingenpass is represented as a performer on a number of CD publications. In addition to his own debut album with works by Wolf, Liszt, Ullmann and Mahler in chamber-musical arrangements (Hänssler Classic), a complete recording of Johannes Brahms' folk songs with Ulrich Eisenlohr at the piano (Naxos) and a complete recording of Gabriel Fauré's sacred works (Rondeau) will soon be released:

Konstantin Ingenpass' latest CD with Brahms songs, with pianist Ulrich Eisenlohr and many prominent singer colleagues, has just been released by Naxos: www.naxos.de

We can look forward to more CD releases from the gifted lieder singer this season. Anyone who would like to experience the young baritone and winner of the Hugo Wolf Competition for Lied Art 2020 on the concert stage can join him in December with J.S. Experience Bach's Mass in B minor several times in the Philharmonie Berlin and at the Hamburg State Opera with the Hamburg Ballet in a new production by John Neumeier entitled "Dona Nobis Pacem". 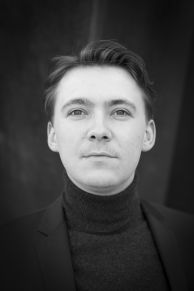