After studying at the Sibelius Academy Helsinki, Jussi Myllys made his debut as Don Ottavio/Don Giovanni in Turku and immediately also at the Komische Oper Berlin. From 2006 to 2009 he was a member of the ensemble at Oper Frankfurt, where he took on roles such as Vašek/Die Verkaufte Braut, Tamino/Die Zauberflöte, Pedrillo/Die Entführung aus dem Serail, Jaquino/Fidelio, Belfiore/La finta Giardiniera and Don Ottavio/Don Giovanni.

Jussi Myllys has also quickly established himself as a concert singer, and his concert repertoire includes works by Bach, Händel, Haydn, Mendelssohn, Mozart, but also modern works by composers such as Wolfgang Rihm. He regularly collaborates with orchestras such as the Gürzenich Orchestra, the International Bach Academy Stuttgart, the RIAS Chamber Choir, the Nederlands Kamerkoor, the Radio Filharmonisch Orkest as well as the most renowned ensembles of his home country. Jussi Myllys is also a welcome guest as a Lied singer, as most recently at the Kuhmo Chamber Music Festival 2021, or with the tenor part in the chamber music ensemble lied23, as well as with a Lieder recital at the VOICES Festival 2021 at Gut Holzhausen, where he performed works by Beethoven, Liszt and Sibelius alongside Manuel Lange.

His keen interest in contemporary music, rarely performed composers and challenging directorial concepts has resulted in invitations to premieres at the Bavarian State Opera in Munich, the Frankfurt Opera, the Savonlinna Opera Festival and his parent house in Düsseldorf, with repertoire as diverse as: Sali/A Village Romeo and Juliet (comp. Frederick Delius), Adam /Tragödie des Teufels, (comp. Peter Eötvös), Hippolyt/Phaedra (comp. Hans Werner Henze), Tammu/ Babylon (comp. Jörg Widmann), Giovanni/Schade, dass sie eine Hure war (comp. Anno Schreier), Castle in the Water/ Tenor (comp. Aulis Sallinen) and most recently the title role of a chamber opera by Boris Blacher, Romeo and Juliet, which was allowed to appear during Corona lockdown as a streaming production.  In addition, the versatile tenor has also made a name for himself with premieres as Max/Der Freischütz at the Opéra national du Rhin Strasbourg and currently as Florestan/ Fidelio at the Espoo City Theatre in Finland. At the Bonn Opera he will be guest in the 21/22 season with another intermediate role, the part of Konrad in Giacomo Meyerbeer's Ein Feldlager in Schlesien.

At the Deutsche Oper am Rhein in Düsseldorf he will be heard in this seasons new production by director Martin Schulz in the title role of Titus in Mozart's La Clemenza di Tito, followed by Froh/ Rheingold and Arturo/ Lucia di Lammermoor. He is also scheduled to make his debut as Erik in Der Fliegende Holländer at Tampere Opera in Finland.

Florestan debut in Espoo and Tito premiere in Düsseldorf

With Jussi Myllys we are looking forward to his role debut as Florestan in Beethoven's Fidelio at Espoo City Theatre in Finland. In the staging by internationally acclaimed stage director and artistic director in Espoo, Erik Söderblom, Okka Kamu conducts the Tapiola Sinfonietta.
Premiere: August 24th 2021 - further performances on: August 26th and 28th, 2021

In the fall, Jussi Myllys returns to his parent house, the Deutsche Oper am Rhein in Düsseldorf, to sing the title role of Tito in a new production by Martin Schulz of Mozart's La Clemenza di Tito.
Premiere: October 9th 2021 - further performances on: October 24, 30; November 7, 18, 28 and December 29, 2021. 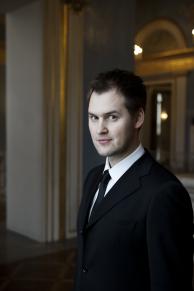 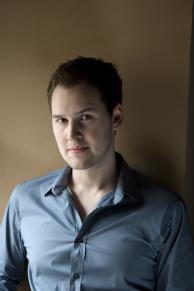 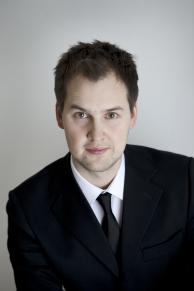 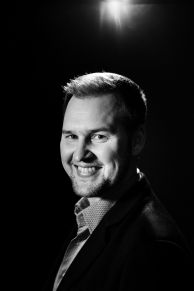 
"brilliantly coloured for the Ursina Music"