Texas-born tenor Joseph Dennis studied at New York's Juilliard School and has won numerous awards, including the top prize in the Gerda Lissner Foundation Competition. Winning the Metropolitan Opera National Council Auditions was followed by many engagements in the United States including roles such as Boris/ Katja Kabanowa at Seattle Opera, Des Grieux in the Emmy award-winning production of Manon, and also as Števa/ Jenůfa at Des Moines Metro Opera and at the Spoleto Festival in the world premiere of Huang Ruos' Paradise Interrupted (in original Mandarin). Further engagements followed as Alfredo/ Traviata at Memphis Opera, Duca/ Rigoletto at North Carolina Opera, Edgardo/ Lucia di Lammermoor at Virginia Opera and Governor/ Candide with Warsaw Philharmonic and Tamino/ Magic Flute at Central City Opera.

He quickly attracted attention in Europe as well and started his career directly as an ensemble member at the Vienna State Opera where he sang Tamino, Italian Singer/ Rosenkavalier, Nick/ La fanciulla del West, Jaquino/ Fidelio, Brighella/ Ariadne auf Naxos, Hugo in Lortzing's Undine and covered many important roles such as Alfredo/ La traviata, the title role in Werther and Ernesto in Don Pasquale.

Since 2018, Joseph Dennis has been an ensemble member of the Semperoper Dresden, where he can be heard regularly in roles such as Tamino, Lenski, Belmonte, Don Ottavio, Ferrando, Steuermann/ Der fliegende Holländer. Last season 21-22 he was also heard as Baron Kronthal in Lortzings' Wildschütz and Walther von der Vogelweide in Tannhäuser. In summer 22' he also made guest appearances as Alfredo/ Traviata at the Israeli Opera in Tel Aviv and as Tamino at the North Carolina Opera.

His concert repertoire includes works from the Baroque to the present day. He has also performed very successfully in recitals at the Vienna State Opera and most recently at the Semperoper Dresden.

In the 2022/23 season at his home opera house in Dresden, he will be heard as Count Elemer/ Arabella and Kunz Vogelgesang/ Meistersinger under Christian Thielemann, among others, as well as Ismaele/ Nabucco. His debuts in new productions with the youthful Heldentenor roles as Ritter Hugo von Ringstetten in Albert Lortzings' Undine at the Leipzig Opera and at the Prague National Theater, where he will sing Wenzel Strapinski in Zemlinsky's Kleider machen Leute, are eagerly anticipated. He will also be a guest at the Graf Zeppelin Haus in Friedrichshafen with a Puccini-Verdi opera gala. For the next season, his debut at the Washington National Opera is already firmly scheduled.

Trio for a magic opera in Leipzig

New start at the Leipzig Opera: Music Director Christoph Gedschold conducts the eagerly awaited premiere of the rarely performed opera UNDINE by Albert Lortzing. He is very well supported by the tenors Joseph Dennis in the role of the knight Hugo von Ringstetten and Dan Karlström as Veit. The staging is by Tilmann Köhler. Premiere: Saturday 29.10.2022
Further performance dates: November 4th/11th/23rd/27th. and 06/10/2023 and 07/07/2023
Unfortunately, due to illness, Joseph Dennis will not be able to return until November 4th. to sing his first performance. 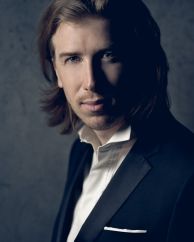 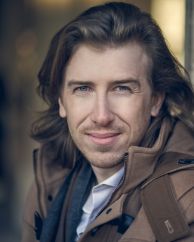