Heather Engebretson is a Juilliard graduate, an award-winner at the renowned Savonlinna Opera Festival as well as a special-award-winner at the “Hans Gabor Belvedere” singing competition in Vienna. In addition to her first opera achievements in the USA, she sang Schubert’s G Major Mass at the Carnegie Hall Stern Auditorium as well as Bach’s Magnificat at the Alice Tully Hall in New York.

In Germany, she joined the soloist ensemble of the Staatsoper Hannover in 2013. By the season of 2014/15, she changed to the Staatstheater Wiesbaden where she is a welcome guest until today and where she performed the roles of Violetta/La Traviata, Donna Elvira/Don Giovanni, Konstanze/Die Entführung aus dem Serail, Oscar/Un ballo in maschera, and Euridice in Orpheus and Eurydike. In the season 2016/17 Heather Engebretson was a member of the ensemble of the Staatsoper Hamburg, performing, among other roles, Musetta in La Bohème.

Furthermore, guest engagements include the title role of Katie Mitchell’s production Alcina under the baton of Andrea Marcon at the Bolshoi-Theater and at the Staatstheater Stuttgart, the Four Women in Les Contes d’Hoffmann and Königin der Nacht/Die Zauberflöte at Deutsche Oper Berlin, Mimì/La Bohème at Berlin’s Komische Oper, Barbarina/Le nozze di Figaro, Sophie in Massenet’s Werther, as well as Waldvogel in Keith Warner’s Ring under the baton of Sir Antonio Pappano at the Royal Opera House Covent Garden, Liù/Turandot at the Opéra Royal de Wallonie in Liège, as well as Donna Anna/Don Giovanni in Cagliari.

In season 2019/20 Heather Engebretson  returned to the Deutsche Oper Berlin performing the Four Women in Les Contes d’Hoffmann, as well as to the Royal Opera House Covent Garden as Sophie/Werther under the baton of Edward Gardner. In addition, she embodied Donna Anna/Don Giovanni at Opera Frankfurt and Beethoven 9th with the Hamburger Symphoniker and with Guillermo García Calvo at the conductor’s stand in Hamburg’s Laeiszhalle.

Engagements of the 2021/22 season included the title role Cio-Cio-San in Madama Butterfly under the musical direction of Antonello Manacorda, Goose-Girl in Engelbert Humperdinck’s Königskinder, both at the Frankfurt Opera; other engagements  included appearances at the Deutsche Oper Berlin as Woglinde / Rheingold and  the Four Women in Contes d’Hoffmann as well as at the Hessisches Staatstheater Wiesbaden as Donna Elvira / Don Giovanni.


"was perfectly cast [...] adolescent enough, virginal, innocent and with a rock-solid soprano"


"was impressive as the four Heroines"


"terrific representations of the [...] Woodbird (an impishly acrobatic Heather Engebretson)"


"His relationship with the fragile, stratospheric Woodbird of Heather Engebretson is an especially touching partnership of opposites"


"Engebretson deserves some sort of special prize for singing Woodbird phrases while actually doing backflips in a harness, suspended high above the stage"


"Engebretson is an exceptionally accomplished Woodbird, bringing precision and nuance to every note"

Thunderous applause for Butterfly in Frankfurt

Not only the premiere audience but also the press celebrated Heather Engebretson extensively for her debut as Madama Butterfly at the Frankfurt Opera on May 22nd, 2022.

Trailer from Oper Frankfurt
klick this link to watch the trailer 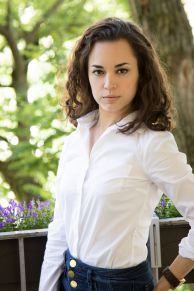 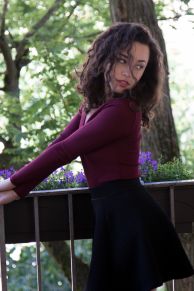 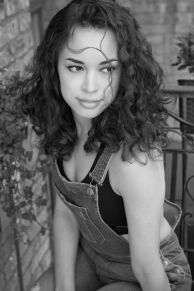 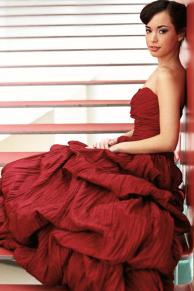 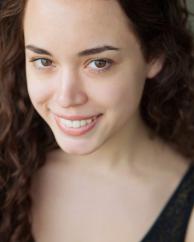 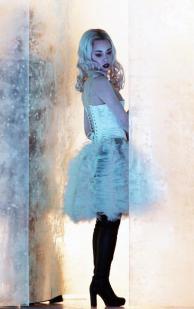 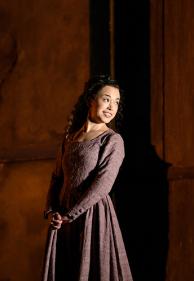 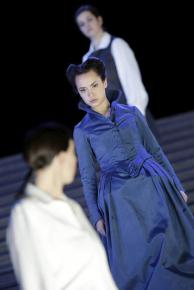 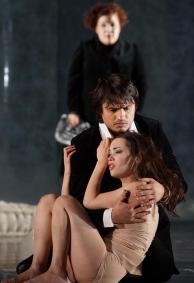