The swiss soprano Flurina Stucki studied singing and music education in Basel in the class of Isolde Siebert and opera in Karlsruhe with Prof. Christiane Libor and Stephan Klemm. Since the season 2019/20, Flurina Stucki has been a part of the ensemble of the Deutsche Oper Berlin where she had initially been a scholarship holder.

After her debut in June 2018 as 1st Lady in The Magic Flute at the Deutsche Oper Berlin, she was also entrusted with larger roles there, such as Donna Anna/Don Giovanni, Clori in the world premiere of Zad Moultaka's Delirio, Konstanze/Entführung aus dem Serail, Rosalinde/Die Fledermaus, Grosse Hure in Rued Langgaard's Antichrist, Chrysothemis/Elektra, as well as Freia and Helmwige in the new Ring cycle. In spring 2021 she was able to celebrate great success as a guest at the Theater Basel with the role of Christine Storch in Richard Strauss' Intermezzo.

She has worked with conductors such as Ronald Zollman, Stephan Zilias, Daniel Cohen, Donald Runnicles, Jurai Valčuha and Carlo Montanaro.

In addition, Flurina Stucki has a large song repertoire and could  perform Messiaen's Harawi together with John Parr in the series of songs and poets at the Deutsche Oper Berlin. Other works with orchestra include Wagner's Wesendonck Lieder and Verdi's Messa da Requiem.

Upcoming engagements for 22/23 include further exciting opera debuts such as Amelia/Boccanegra, Leonore/Fidelio and Elsa/Lohengrin at the DOB. She will also be a guest in the scenic production of Britten's War Requiem at the Graz Opera where she also sings the season opener Strauss' Vier letzte Lieder with the Graz Philharmonic. 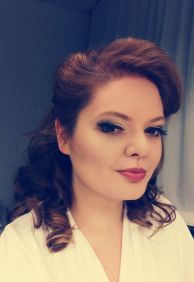