The Croatian bass-baritone David Oštrek studied singing at Vienna’s University for Music and Performing Arts and has since then been a finalist and award winner at numerous singing competitions. In 2010, he made his operatic debut at the Croatian national theatre in Varaždin in the role of Aeneas in Dido and Aeneas under Laurence Cummings. Further appearances there included Captain Macheath in The Beggar’s Opera and Adonis in Venus and Adonis. At Schlosstheater Schönbrunn he embodied Masetto in Don Giovanni as well as the title role in Gianni Schicchi.

Since the season 2015/16, David Oštrek was a member of the International Opera Studio at Staatsoper Unter den Linden Berlin. Here his roles included Magician in Stephen Oliver‘s Mario and the Magician, the bass solo in Rossini‘s Petite Messe solennelle, Doctor Grenvil in La Traviata, Lakai in Ariadne auf Naxos, Direktor Hummel in Aribert Reimann’s Die Gespenstersonate and Tribune in L’incoronazione di Poppea, Cesare Angelotti in Tosca and  Sprecher in Die Zauberflöte. In addition, he made guest appearances as Leporello in Don Giovanni at the Bregenz Festival, as Dulcamara in L’elisir d’amore at the Daegu Opera House in South Korea, as Figaro at Stadttheater Wels, as Zoroastro in Handel’s Orlando at the Summer Festival in Dubrovnik, as well as Monk in Don Carlo at Staatstheater Braunschweig. Furthermore, he sang J. S. Bach’s      St John Passion in Mexico City in 2018 and made his debut at the Berlin Konzerthaus with the role of Talbot in Verdi's concert performance of the opera Giovanna d'Arco. At the Staatstheater Braunschweig he was once more a guest performing as Escamillo in Carmen.

With the season 2018/19 he became a permanent member of the ensemble at Staatsoper Unter den Linden Berlin, where he already took on i.a. Leporello/Don Giovanni, Roderick Usher in the world premiere Usher, Tisiphone in Rameau‘s Hippolyte et Aricie under the baton of Sir Simon Rattle. Further engagements at this house include the premiere of Jörg Widmann's Babylon, La traviata, Il barbiere di Siviglia, Macbeth, Die Meistersinger von Nürnberg, Pelléas et Mélisande as well as Rigoletto - with this work he was also a guest at the Bregenz Festival in 2019, where he was invited again for 2020 *.

In the season 2019/20 he already succeeded as Dr. Cajus in the new production of Die lustigen Weiber von Windsor under the baton of Daniel Barenboim at Staatsoper Unter den Linden Berlin, and made his debut at Irish National Opera as Alidoro/La Cenerentola besides Tarra Erraught. Furthermore, he was to perform Fidelio with the Berlin Philharmonic Orchestra and Kirill Petrenko at Osterfestspiele Baden-Baden*, and in the Berlin Philharmonic Hall.*

In the 2022/23 season David Oštrek makes his debut as Basilio/Barbiere di Siviglia at the Staatsoper Berlin, where he can also be heard again as Colline/La Bohème, Mayor/Jenůfa and
A Mandarin/Turandot.
For the first time David Oštrek collaborates with the conductor Attilio Cremonesi and sings in the performances of J.S. Bach’s St. John Passion (Christ) with the Beethoven-Orchester in Bonn and  G. F. Handel's oratorio La resurrezione at two festivals dedicated to the great baroque master, in his native city of Halle and Karlsruhe. The artist also takes part in a Verdi/Puccini Opera Gala at the Graf Zeppelin House in Friedrichshafen at Lake Constance.
He closes the season at the Gstaad Menuhin Festival with a concert performance of Tosca as Angelotti alongside Sonya Yoncheva and Domingo Hindoyan as conductor.

*cancelled due to covid

As part of this year's Festtage at Staatsoper Unter den Linden the new production of Mozart's masterpiece Don Giovanni celebrates its premiere on April 2nd, staged by Vincent Huguet.
Alongside a first class cast with Michael Volle in the title role, among others, David Oštrek will be on stage as Masetto. The musical direction is held by Daniel Barenboim. 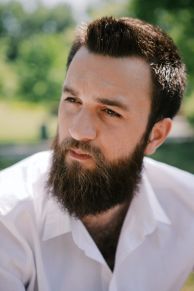 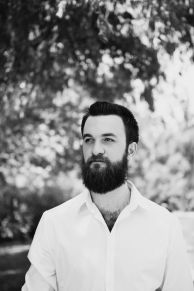