The conductor and pianist Christoph Gedschold was already accompanying at the International Opera Studio in Zurich while he was studying piano and conducting in Leipzig and Hamburg. In 2002 he became Kapellmeister and répétiteur at the Lucerne Theater and worked at the "Lucerne Festival" e.g. for Claudio Abbado, Mariss Jansons and Pierre Boulez. In 2005 he assisted Ulf Schirmer at the Bregenz Festival and moved to the Staatstheater Nürnberg. In 2009 he was appointed first conductor at the Staatstheater Karlsruhe. There he conducted premieres of, among others, Weinberg's "Die Passagierin", Martinu's "Die griechische Passion" and repertoire works such as "Der Rosenkavalier", "Meistersinger", "Lohengrin" and "Peter Grimes". Christoph Gedschold has been Kapellmeister at the Leipzig Opera since the 2015/16 season and has conducted the premieres of "Freischütz", "Herzog Blaubarts Burg", "Rusalka", "Die verkaufte Braut", "Pagliacci" and many others.

In addition, since 2015 he has been regularly invited to other major opera houses in Germany: He conducted premieres such as "Die Passagierin" by Mieczysław Weinberg at the Semperoper Dresden and at the Frankfurt Opera, in Cologne the premieres of "Rusalka" and "Die Zauberflöte". He conducted the premiere of Götterdämmerung at the Opera de Oviedo, Spain. There are also repertoire pieces such as "Simon Boccanegra", "La Traviata", "Katja Kabanova", "Manon Lescaut" and "Die tote Stadt" at the Hamburg State Opera, "Ariadne auf Naxos" in Frankfurt, "Turandot" in Cologne as well as conductings by "Der Freischütz", "Don Giovanni" and "Die Zauberflöte" at the Semper Opera in Dresden.

He participated in the major project “WAGNER 22” at the Leipzig Opera in 2022, where he conducted the performances of “Die Feen”, “Das Liebesverbot” and “Lohengrin”.

in the season 22/23 Christoph Gedschold is to become the new music director at the Oper Leipzig, where he will direct pieces like “Undine”, “Die Zauberflöte”, “Lohengrin”, “Otello”, “Salome”, Peter Grimes” and “Die Meistersinger von Nürnberg”.

In addition to regular collaborations with the Gewandhaus Orchestra, Christoph Gedschold conducted a.o. the Staatskapelle Dresden, the Hamburg Philharmonic, the MDR Symphony Orchestra, the German Radio Philharmonic Saarbrücken and the Gürzenich Orchestra Cologne. Guest performances have taken him to the Orchester symphonique de Montrèal, the Basel Symphony Orchestra and the New Japan Philharmonic, among others. The Munich Radio Orchestra presented Georg Schumann's “Prize Symphony” on CD under his direction in cooperation with BR Classic.
Download english biography as PDF file
Download german biography as PDF file
Download complete artist info as PDF file

Christoph Gedschold's broad repertoire of symphonic and chamber music ranges from the baroque to the contemporary. Please follow the link below to find the complete repertoire:
www.christophgedschold.com/...

Much in demand for his Strauss interpretations

The music director of the Leipzig Opera conducts revivals of Salome, with Annemarie Kremer as the title character, and Ariadne auf Naxos, with Catherine Hunold as Ariadne, at the Leipzig Opera on 4, 10 and 12 February, and the Dresden Semperoper on 23 February, 15 March and 26 March. 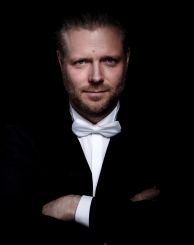 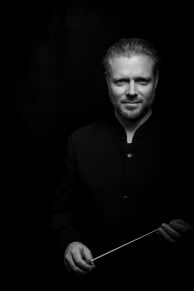 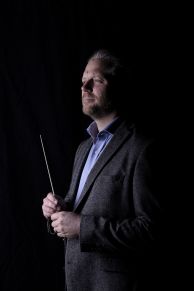 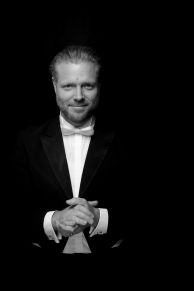