The native Finn Arttu Kataja began his musical education at the age of nine with oboe lessons. He later studied singing at the Sibelius Academy in Helsinki, received a scholarship from the Martti Talvela Foundation and, among other things, won two prizes at the International Mozart Competition in Salzburg.

Arttu Kataja is an extremely popular concert and recital singer. In 2020 his critically acclaimed song CD with pianist Pauliina Tukiainen was released by Alba Records under the title "Serious Songs" with works by Sibelius, Brahms, Schumann and Toivo Kuula.
On a world tour conducted by René Jacobs, he sang Count Almaviva in a semi-concert version of Le Nozze di Figaro with the Freiburg Baroque Orchestra, works by J.S. Bach with the Helsinki Baroque Orchestra at touring concerts in Hamburg, Madrid, Bilbao, Lausanne and Beaune, and the St. John Passion together with the Academy for Early Music and the RIAS Chamber Choir at the MiTo Festival in Italy.

Other concert highlights included Handel's Messiah conducted by Michael Sanderling in the Dresden Philharmonic, works by J.S. and C.P.E. Bach and Haydn's The Seasons with the International Bach Academy Stuttgart and its chief conductor Hans-Christoph Rademann in Hamburg, Dresden, Stuttgart and Bremen, among others, Brahms Requiem in Bruneck and Brixen with the Bozen String Academy, cantatas and Magnificat by J.S. Bach with the German Symphony Orchestra and the RIAS Chamber Choir under Rinaldo Alessandrini in Berlin, Fauré's Requiem with Victor Pablo Pérez and the Orquesta y Coro de la Comunidad de Madrid, and Berlioz' L'enfance du Christ in Oviedo and Gijón. In his home country, Arttu Kataja has performed in numerous concerts with, among others, Camilla Nylund, Marita Viitasalo and under the baton of Sakari Oramo, and has also appeared as Don Fernando in a concert performance of Fidelio with the Finnish Radio Symphony Orchestra in Helsinki.

In 2020 projects with the Hamburger Symphoniker included the Fauré Requiem*, Haydn's The Creation with the NDR Radiophilharmonie Hannover under Risto Joost* and Shostakovich's Symphony No. 14 in Jena. He also made guest appearances as Germont in La Traviata at the Savonlinna Opera Festival* and he sang the Brahms Requiem in the Liederhalle Stuttgart* under Frieder Bernius. In 2021 he was again a guest with René Jacobs and the Freiburg Baroque Orchestra at the Festival Internacional de Música de Canarias as Guglielmo in Cosí fan tutte, with the Nederlandse Bachvereniging a recording of the Johannes Passion was made under the direction of René Jacobs as well as with the Basel Chamber Orchestra a video production with Haydn Stabat Mater which was broadcast live by Müpa Budapest during the Bartók Spring International Arts Weeks.

In 2021/22 Arttu Kataja was heard in Lahti as part of the Sibelius Festival under the direction of Dalia Stasevska and the Sinfonia Lahti with Sibelius' Kullo and in the Stuttgarter Liederhalle and in the Brixen Cathedral with Schubert in A flat major Mass under Frieder Bernius.
He has also performed Sibelius' Kullervo in Utrecht and the Concertgebouw Amsterdam with the Netherlands Radio Filharmonisch Orkest under James Gaffigan, and has guested at the Aarhus Symfoniorkester with Schubert's Orchester Lieder under Hartmut Haenchen. At his parent company in Berlin he took part in the premiere of Peter Eötvös' opera ballad »Sleepless«, a production which also premiered with him in spring 2022 at the Grand Théâtre Genève and has just been voted "World Premiere of the Year" by critics by the magazine Opernwelt became. He was also seen again in the production of Hippolyte et Aricie under Sir Simon Rattle, as well as in Hänsel und Gretel, Zauberflöte, Ariadne auf Naxos and La Fanciulla del West - he also presented works from the Berlin State Opera in the Apollosaal with pianist Pauliina Tukiainen his song CD »Serious Songs«. He also sang Papageno in The Magic Flute under the direction of Risto Joost at the Tampere Opera.

After an intensive festival summer at the Savonlinna Opera Festival and the Helsinki Festival, Arttu Kataja starts the new season as part of the Anima Mundi Festival 2022: together with the NDR Radiophilharmonie, the vocal ensembles of NDR / WDR and under the musical direction of Andrew Manze, he is be a guest in Pisa with the Missa Solemnis.
He will be heard at the Musikpodium Stuttgart with the Brahms Requiem conducted by Frieder Bernius, followed by semi-staged performances in Helsinki and Budapest with the Helsinki Baroque Orchestra in F. Schubert's Alfonso und Estrella. He will perform Messiah under the baton of Florian Helgath in Zurich and on Swiss tour concerts with the Zürcher Sing-Akademie and the La Scintilla Orchestra.
In the second half of the season, the Matthäus Passion under Nicholas Collon and the Finnish Radio Symphony Orchestra in Helsinki as well as A. Schnittkes' Faust Cantata with the Symphoniker Hamburg under Andris Poga in the Elbphilharmonie Hamburg will follow.

At his parent company, the Staatsoper Berlin, he will sing the title role in Barbiere di Siviglia for the first time in October in the legendary production by Ruth Berghaus, as well as Sharpless in Madama Butterfly, Biterolf in Tannhäuser under Sebastian Weigle and in the Daphne premiere under the baton by Thomas Guggeis and directed by Romeo Castellucci it is also set.

After an intense festival summer with performances at the Savonlinna Opera Festival and the Helsinki Festival, Arttu Kataja is now a guest at the late summer Anima Mundi Festival 2022 in Italy. Together with the NDR Radiophilharmonie, the NDR/WDR vocal ensembles and under the musical direction of Andrew Manze, he performs Beethoven's Missa Solemnis in the Pisa Cathedral.

Soon at the start of the season he can be heard in various concerts halls, at the Musik Podium Stuttgart in Brahms' Requiem conducted by Frieder Bernius, followed by semi-staged performances in Helsinki and Budapest with the Helsinki Baroque Orchestra in F. Schubert's opera Alfonso und Estrella, Händel's Messiah under the direction of Florian Helgath in Zürich and is touring through other Swiss cities with the Zürcher-Singakademie and the Orchestra La Scintilla. In the second half of the season he will perform in Bach’s Matthew Passion under Nicholas Collon baton with the Finnish Radio Symphony Orchestra in Helsinki as well as in Alfred Schnittke's Faust Cantata with the Symphoniker Hamburg conducted by Andris Poga at the Elbphilharmonie Hamburg.

In October at his parent’s house, the Staatsoper Berlin, he will sing for the first time in the title role of Barbiere di Siviglia, in the legendary production by Ruth Berghaus. Other stage appearances this season at the Staastoper Berlin include Sharpless in Madama Butterfly, Biterolf in Tannhäuser under Sebastian Weigle baton and in the premiere of R. Strauss' Daphne conducted by Thomas Guggeis and staged by Romeo Castellucci. 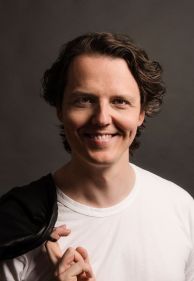 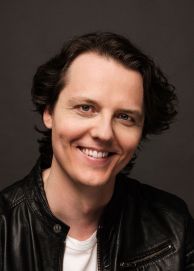