Anna Bonitatibus, a native of Basilicata in Italy, made her debut at La Scala Milan in 1999 in Don Giovanni under the baton of Riccardo Muti. Since then her interpretations have included over fifty operatic titles, covering early baroque to bel canto repertoire and collaborating with all the major conductors and directors such as Ivor Bolton, Sir Antonio Pappano, Renè Jacobs, William Christie, Myung Whung Chung, Franz Welser-Möst, Roberto Abbado, Alain Altinoglu, Marc Minkowski and Teodor Currentzis.

From her first recording, Vivaldi’s La Griselda made in 1992, Anna Bonitatibus distinguished herself through the operas of the baroque period, Neapolitan opera buffa and French repertoire. Thanks to her performances of familiar works by Mozart, Handel and Rossini, she has performed on all Europe’s leading stages and in concert halls worldwide. Her en travesti roles, or “trousers roles”, deserve a special mention and as the embodiment of Cherubino, she has become one of the most acclaimed performers of Mozart.

Among her many award-winning recordings, Anna Bonitatibus received the International Opera Award in 2015 for her disc Semiramide, la Signora regale – a variety of musical gems discovered by herself. In 2016, Bonitatibus took a selection of songs from this album on tour with Prague baroque orchestra Collegium 1704, performing in concert halls in Baden-Baden, Essen and at Wigmore Hall in London, where she returned in 2018 and 2021 for Italian song recitals.
Her last CD with the Munich Rundfunkorchester, en travesti, which features so-called “trousers roles”, also received great critical acclaim.

Highlights of the past seasons include her debut at the Opéra National de Bordeaux as Dulcinée in Massenets Don Quichotte under the baton of Marc Minkowski, Cherubino/Le nozze di Figaro at the Gran Teatre del Liceu Barcelona, Cecilio/Lucio Silla at the Théâtre de la Monnaie Brussels, Il Destino/La Calisto at the Bayerische Staatsoper Munich and the Teatro Real de Madrid, Sesto/La Clemenza di Tito in Warsaw, Agrippina and her role debut as Penelope in Monteverdi’s Il ritorno d’Ulisse in patria at The Grange Festival, Handel’s Ottone in Moscow, Giunone/Ercole amante at Opéra Comique Paris, as well as the title role of Donizetti’s Enrico di Borgogna in Bergamo, Carmen in Madrid and Riccardo Broschi’s Merope at the Innsbrucker Festwochen, and Sesto/La Clemenza di Tito under the baton of Benjamin Bayl at the Opéra Royal de Wallonie Liège. Most recently, she embodied the title role in Agrippina at Hamburg State Opera with great success.

In the concert field, she was a guest at London’s Wigmore Hall, in Helsinki, Bologna, Pesaro, Potsdam, and Linz, as well as at the Aids Opera Gala in Bonn, the Al Bustan Festival in Beirut and the Händel-Festspiele in Karlsruhe.

Engagements in the season 2021/22 include a Europe tour as Tigrane in Händel’s Radamisto as well as her return to the Zürich Opera for a series of performances of the postponed production of Pergolesi’s L’Olimpiade/Licida.

Furthermore, she will return to London’s Wigmore Hall for a recital and to the Händel-Festspiele in Karlsruhe for a gala concert.

Back at Bayerische Staatsoper München!

Anna Bonitatibus returns to the Bayerische Staatsoper München with one of her absolute signature roles: in the revival of Barrie Kosky's AGRIPPINA staging, in which she recently shone at the Hamburg State Opera as well, Anna will once more take on the title role. The musical direction is held by Stefano Montanari.

Following the great success of her recital at the Wigmore Hall last summer, where she created a musical meeting between Rossini and Beethoven, Anna Bonitatibus now returns to the legendary London concert hall with a new, equally exciting programme.

This time, her programme looks at European composers whose careers coincided with or were impacted by the phenomenon of Napoleon Bonaparte. She will be presenting music by famous composers such as Mozart, Haydn and Cherubini, but also lesser-known musicians such as Jan Ladislav Dussek or Ferdinando Paer.

The concert takes place on 4th May, 2022 at the Wigmore Hall. Piano accompaniment by Simon Lepper. 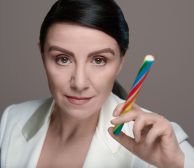 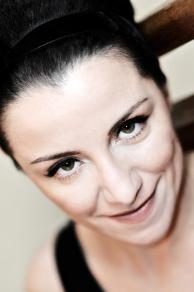 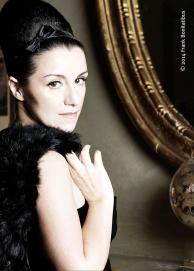 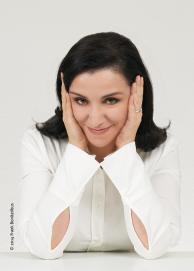 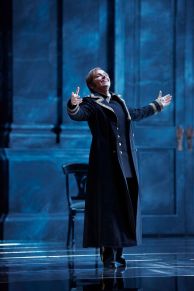 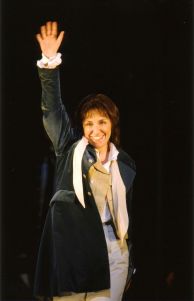 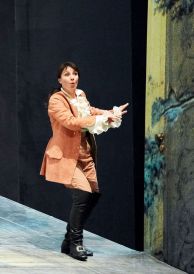 
"the findest interpreter of the role today"


"Anna Bonitatibus is glorious in the title role"


"the title role is incarnated to perfection"


"a delight to hear her"


"she really knows how to bring this music to life"

"Ms Bonitatibus was in terrific form"