Andrew Harris acquired a Bachelor and Master of Music in Vocal Performance, as well as a Master of Music in Piano Performance at universities in the US. From 2010 until 2012 he was a member of the Young Artists Program of the Chicago Opera Theatre. In 2012 he became a scholarship holder at the Deutsche Oper Berlin, and later also became a permanent member of the ensemble.

Guest engagements led him to the Bavarian State Opera in Munich, Norwegian Opera Oslo, Santa Fe Opera, to Madrid and Palma (Mallorca), as well as to the Festwochen für Alte Musik Innsbruck. Further, he was Fafner in a semi-staged production of Das Rheingold under Vladimir Jurowski in Moscow.

Following his successful debut at La Scala in Milan 2021 in the livestreaming productions of Salome and of Weill's Mahagonny Songspiel and 7 Todsünden under the baton of Riccardo Chailly, Andrew Harris was first seen in summer 2021 as Fasolt/Rheingold and Hunding/Walküre in the new RING production at Deutsche Oper Berlin, staged by Stefan Herheim and conducted by Sir Donald Runnicles.

Projects in the 21/22 season included his return to the Bavarian State Opera in Munich in a new production of Penderecki's Die Teufel von Loudun under Vladimir Jurowski/Simon Stone and performances of Un ballo in maschera under Daniele Rustioni. At the Chicago Lyric Opera he was engaged in Missy Mazzoli's chamber opera Proving Up under the direction of Enrique Mazzola*. At his parent company in Berlin he could be seen as Timur/Turandot and Titurel/Parsifal, among others.

Current projects include his role debut as Sparafucile/ Rigoletto at the Deutsche Oper Berlin and a guest performance with the National Theater Mannheim at the Daegu International Opera Festival in South Korea as Fafner in Rheingold and Siegfried with the leading team Alexander Soddy and Yona Kim.
He will be heard again at the Bavarian State Opera in Munich in the WA of Penderecki's Die Teufel von Loudun under Vladimir Jurowski, and he is also at the MET for the first time with a cover contract as Commendatore/ Don Giovanni obligated. In 2024 he will also make his debut with the Dallas Symphony Orchestra as Fafner in the Ring under Fabio Luisi.

*cancelled due to covid

Fasolt debut in the new RING at Deutsche Oper Berlin

After his successful debut at La Scala in Milan this year in the live streaming productions of Salomé and in Weill's Mahagonny Songspiel and 7 Todsünden under the baton of Riccardo Chailly, Andrew Harris was first seen in June 2021 as Fasolt in the new RING production in Rheingold at Deutsche Oper Berlin, staged by Stefan Herheim and conducted by Sir Donald Runnicles. Those who missed it can already look forward to the revival in fall. In January 2022 he will then be a guest at the Chicago Lyric Opera in Missy Mazzoli's chamber opera Proving Up conducted by Enrique Mazzola, before making his debut at the Bayerische Staatsoper in Munich in no less than 2 productions, first in the new production of Krzysztof Penderecki The Devils of Loudun conducted by Vladimir Jurowski and directed by Simon Stone and in Un Ballo in Maschera conducted by Daniele Rustioni. 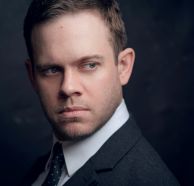 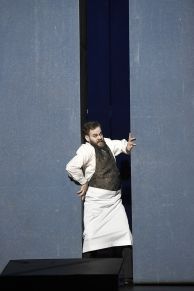