Alexander Fedorov, born in Moscow in 1995, studied at Berlin’s University of the Arts and attended master classes with, among others, Teresa Berganza, Dmitry Vdovin, and Mirella Freni. Furthermore, he has been a finalist and award winner at numerous singing competitions, including the “International José Carreras Grand Prix – International Tenor Competition“,„International Singing Competition Ferrucio Tagliavini“, as well as the „Elena Obraztsova International Competition of Young Vocalists St. Petersburg”.
In 2015, Alexander Fedorov performed the title role in Offenbach’s Orphée aux enfers together with the Rundfunksinfonieorchester Berlin, followed by the tenor part in Beethoven’s Symphony No 9 with the Orquesta Filarmónica de Bolvia and under the baton of Isaac Terceros. As a member of the “Récital Académie de l’Opéra de Monte-Carlo”, he sang a gala concert on the occasion of the season’s opening in 2017.
Since the season 219/20, Alexander Fedorov is a member of the Opera Studio at Komische Oper Berlin, where he will perform in numerous productions, including Die Zauberflöte/Monostatos and Rigoletto under the baton of Ainārs Rubiķis, La traviata, La Bohème and The Rake’s Progress, each under Jordan de Souza, as well as the world premiere of the children’s opera Jim Knopf der Lokomtivführer.
In addition, he will sing a special sponsoring society concert at Komische Oper Berlin, as well as Mozart’s Vesperae solennes de Confessore with Lothar Mayer at the conductor’s stand in Hamm. 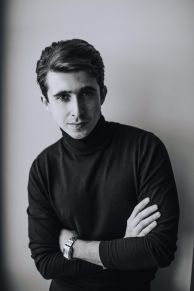 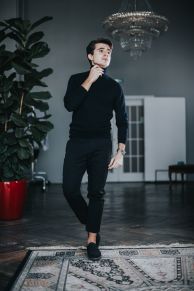 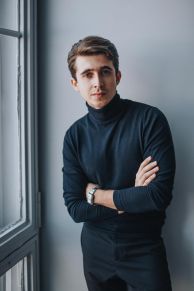